I had the pleasure of working with NBC Universal Sports a few weeks ago for a green screen event on the final day of the Visa Gymnastics Championships. We had a great time and thought we would post a few pics of some of most enthusiastic gymnastics fans: 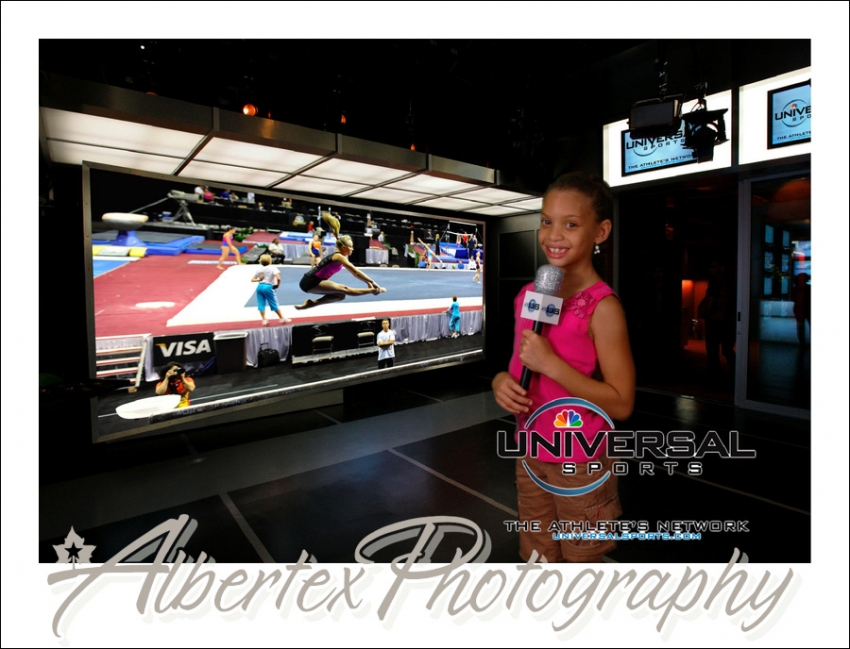 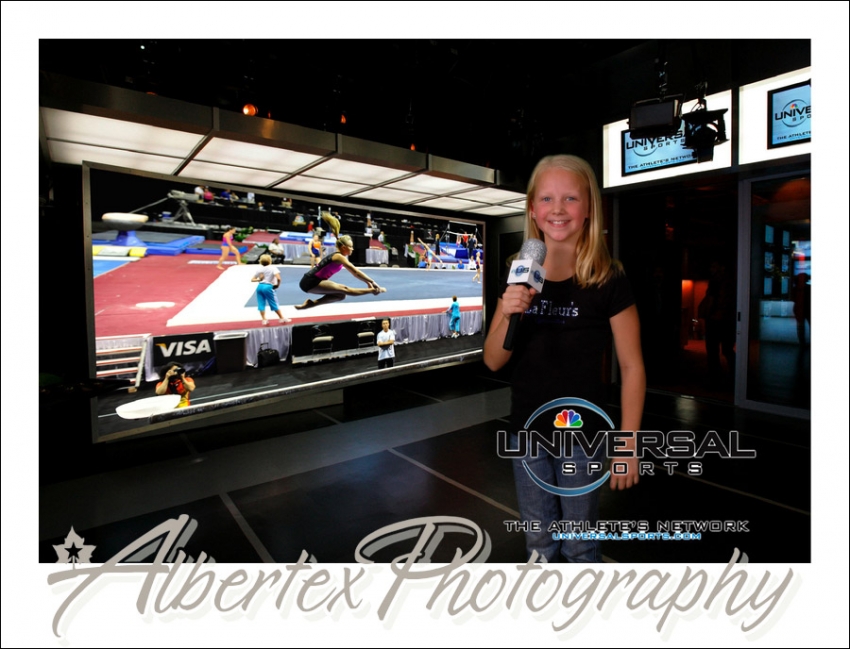 Chris with the ladies from Universal Sports – Tracy, Melissa and Christi – thanks for helping to make this a fantastic event! 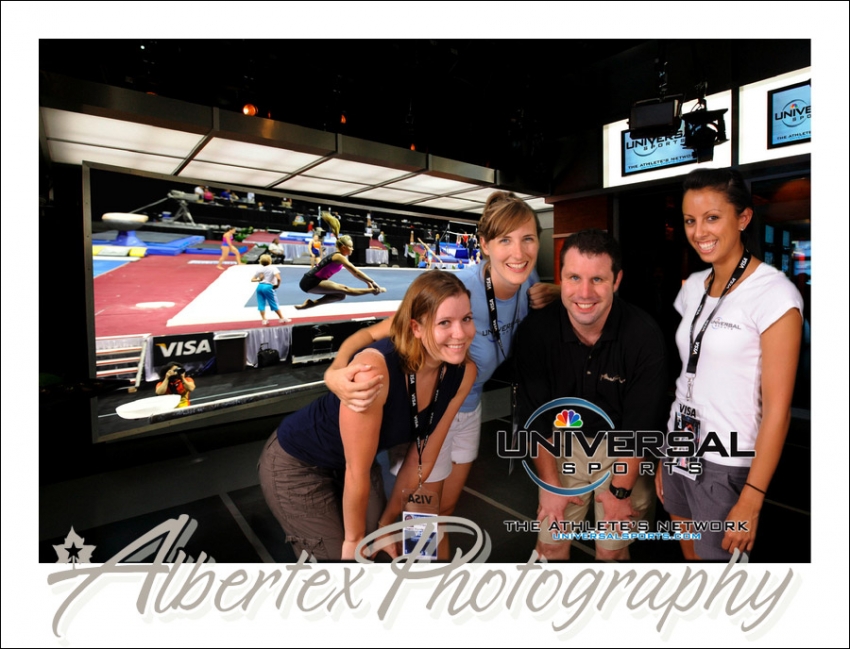 I am a photojournalist at heart.  It has always been one of my favorite types of photography.  I did it for 2 years in high school and 2 years in college on newspaper and yearbook staff.  I have had a photo of school bus accident printed in the Dallas Morning News.  It was my experience of capturing the event as a photojournalist that I used at my first wedding I photographed 27 years ago.  Recently the big thing has been photojournalistic weddings but I never knew there was any other way to photograph a wedding.

I was doing the photos for the background of the Universal Sports green screen event we did on Saturday when they asked me to send some of the photos for their website.  I was pretty excited… then when I was able to shoot the men’s and women’s finals I was REALLY excited.  I have photographed almost every sport but this was my first time to photograph gymnastics so I enjoyed the challenge.  Enjoy the photos.

While standing in the spotlight, Samantha Peszek awaits her green flag to perform her floor routine

On the left, Alex Buscaglia of Stanford performs on the high bar.  He would finish in 3rd with 15.400 points. On the right, Kytra Hunter from Hill’s performs on the uneven bars.

Coach Kurt Golder of the University of Michigan watches Chris Cameron on the pummel horse at the 2009 Visa Cahmpionships in Dallas.

Glen Ishino of Cal Berkley, practices on the pommel horse for Friday’s mens final.  He placed 3rd in the pommel with a total of 15.250.

Jonathon Horton of Cypress Acade performs on the parallel bars and the pommel and scores enough points to win the Men’s Gold medal at the 2009 Visa Championships in Dallas.

Universal Sports at the Gymnastics Championships

Today I headed over to the American Airlines Center for the Media Day at the Visa Championships – today was their final day of practice before the festivities start tomorrow.  I got some great shots to use for backgrounds for our event with Universal Sports at the Visa Fan Fest on Saturday and had a blast doing it (took me back to my newspaper days :-).  If you want to more photos go here.

2008 Beijing Olympic Gold medalist Nastia Liukin practices on the balance beam during practice for the 2009 Visa Gymnastic Championships at the American Airlines Center in Dallas.  Watching her is her proud father and coach, Valeri, a gold medalist himself for the Soviets.

The Visa Fan Fest tent will be set up across the street from the American Airlines Center so come join the fun, get some autographs, play some games, and get a free photo of you as a Sportscaster for Universal Sports!  Bill will be heading out to their Media Day on Tuesday to do some photos of the gymnasts in training, then he will use those photos for the background in Saturday’s green screen photos – this takes him back to his newspaper days and sports photography and I’m not sure which event he is more excited about.  Hope to see you there!