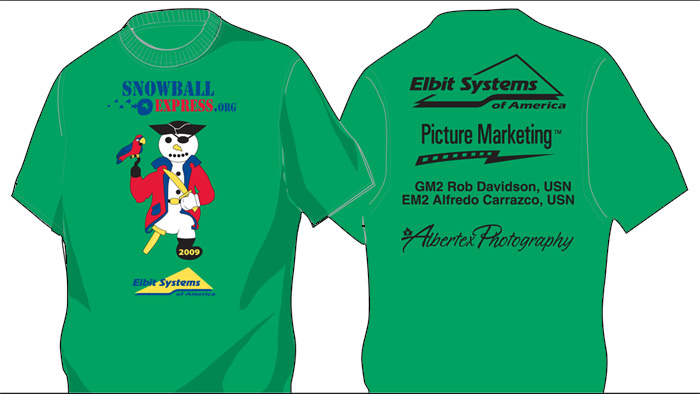 After a great visit with my Aunt Marilyn in Maryland, I headed to North Carolina.  First to the Outer Banks, then to Raleigh to hang out with my sister for a bit.  First stop, the beach (want to make sure Tanya knows I was thinking of her). 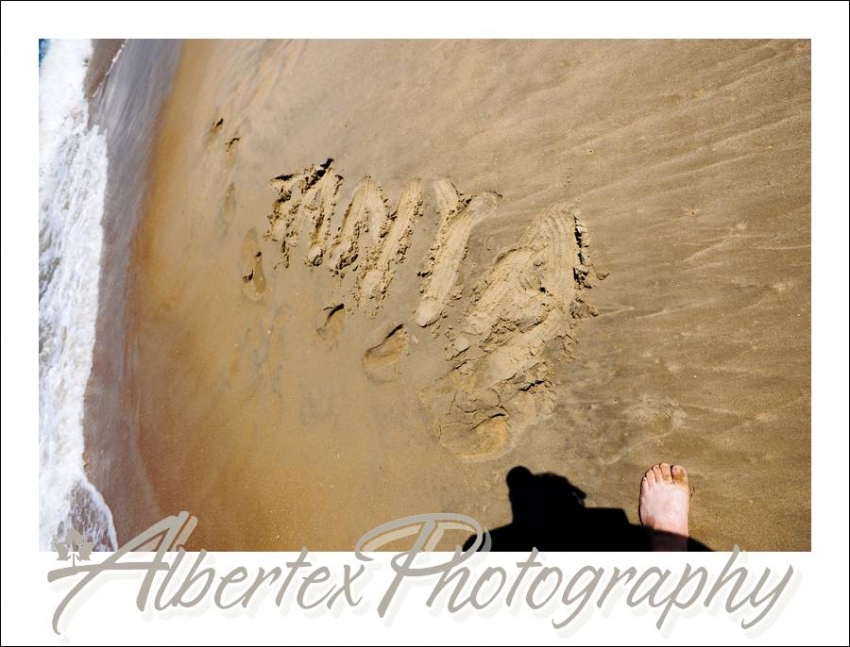 A 60-foot (18 m) granite monument, dedicated in 1932, is perched atop 90-foot-tall (27 m) Kill Devil Hill, commemorating the achievement of the Wright brothers. They conducted many of their glider tests on the massive shifting dune that was later stabilized to form Kill Devil Hill. Inscribed in capital letters along the base of the memorial tower is the phrase “In commemoration of the conquest of the air by the brothers Wilbur and Orville Wright conceived by genius achieved by dauntless resolution and unconquerable faith.” 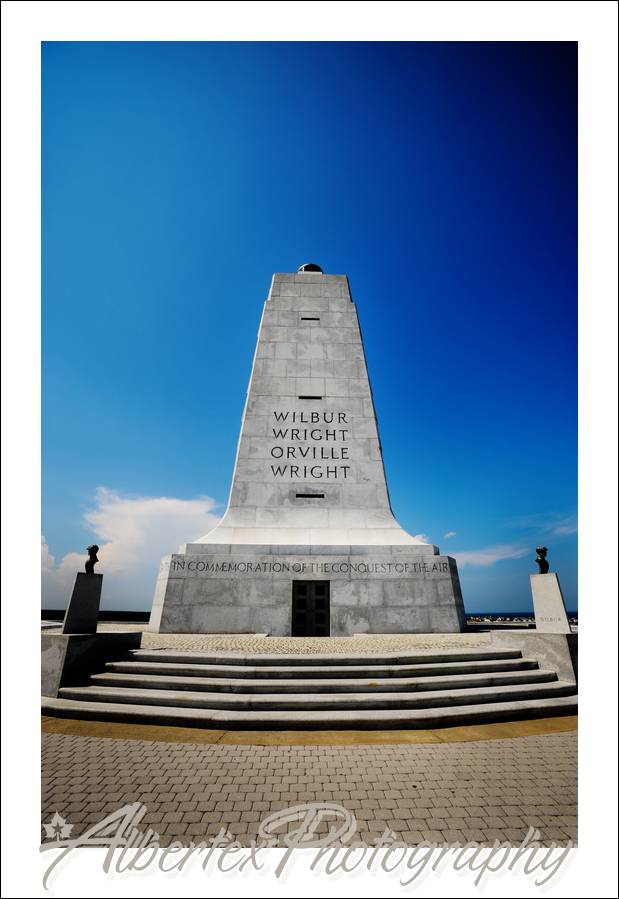 Behind the flag is:
1 – a Visitor Center that includes:

* Exhibits on the Wright brothers’ background and the development of their gliders as well as the 1903 Flyer
* The crankcase of the original 1903 Flyer
* A flyable 2003 replica of the 1903 Flyer
* The Wright Brothers Bookstore operated by Eastern National.
* The Paul E. Garber First Flight Shrine – established in 1966 by the First Flight Society, the shrine honors individuals and groups that have achieved significant firsts in the development of aviation.

A two minute stroll from the visitor center, the living quarters and hangar are reconstructed at the original locations. The living quarters is furnished with items similar to those that the Wrights used from 1900 to 1903 and the hangar replicates the building where the Wrights stored their 1903 Flyer.

Located just west of the reconstructed camp buildings, a large granite boulder commemorates the take-off point for the first successful powered, controlled-flights by the Wright brothers. Four smaller stone markers chart the path of the flights.

This sculpture depicting the 1st Flight donated by the State of NC to honor the memory of Orville & Wilbur Wright & the citizens of NC who welcomed & assisted them. Dedicated upon the Centennial of the historic 1st flight, 12/17/1903

After more than 4 years of hard work & experimentation, it only took the Wright brothers 12 seconds to change the world. On 12/17/1903, at 10:35 am, Orville Wright made the world’s 1st controlled, powered, heavier-than-air flight

The photograph that documented the Wrights’ success was taken by John T Daniels, a Kill Devil Hills LIfe Saving Station surfman, who had never used a camera before. It was not until the Wright brothers returned to Dayton, Ohio, that they developed the film. The Daniels’ photo, however, only gives one perspective of that historic event from the back of the airplane.

While in Raleigh I got to go by my brother-in-law’s place of work – Icarus Studios.  Mike, the sound engineer at Icarus Studios, was busy putting finishing touches on the sound for Fallen Earth, a game that will be released soon.

I like travel logs. I enjoy reading them and I have written a few myself over the years. I recently visited the Wisconsin Dells for the first time in several years and I saw first hand the power of water on the shores of Lake Delton. In the below photo I should be 8 feet under water, but after an embankment gave away, the entire Lake drained out in less than an hour – now visitors wander about on what used to be part of the lake. When the man-made lake drained, they found several guns but no dead bodies were found (which is a good thing!). The guns were turned over to the state Crime lab for testing. Chicago is only 3 hours away so anything is possible… it was a favorite spot of gangsters during the 20’s and 30’s.

So what was I doing in the Dells? I was there primarily to work on a project for a customer, but I also got to visit some friends and see some sites. My buddy, Scott, worked in the Dells during his college years and always enjoys going back, so he drove down from Door County to hang out for a few days (some of you may remember that Scott sang at mine & Tanya’s wedding). On the day I left we were treated to a special tour of the H. H. Bennett photo studio in the Dells. It is believed to be the oldest photo studio in the US and the building has been around since 1875.

Dave, our host and tour guide, worked in the studio until it was donated to the state as a historical site in 1998. Dave had an amazing amount of knowledge on the history of the studio and the way it was operated. Typical of most of the original portraits studios, the H.H. Bennett studio has a window set-up to allow natural light to illuminate the subjects since there were no strobes in the 1880’s. The studio has 100+-year-old cameras, tripods and a darkroom – it even has boxes that held plates and paper from manufacturers who were in business before Kodak was founded. For those non-photographers out there, that is pretty darn old!

H.H. Bennett was a well-known portrait photographer but also did a lot of landscape photography, particularly of the Wisconsin River around the Dells. He discovered that 3-D stereoscopic photos of the Dells showed the area much better than regular photos, so he was extremely successful with his stereo views of the Dells and surrounding area. In fact, H.H Bennett’s photos helped turn the Wisconsin Dells into a travel destination. He was also an inventor, and one of his most famous inventions was a shutter that was able to stop motion. This was almost unheard of at the time and as a result, his most famous photo is that of his son, Ashley, jumping between two rock formations knows as Stand Rock in the Wisconsin Dells. To read more about H.H. Bennett, go to www.hhbennettstudio.com and www.wikipedia.com.

Almost forgot to mention… those who know me (Bill) know I am a huge fan of architect Frank Lloyd Wright (FLW). He lived in Wisconsin and some of his most recognized structures are in the state, including Falling Water, Johnson Wax Building and Taliesin. One evening, Dave, Scott and I had dinner at Del-Mar, which is a 50-year-old restaurant designed by an apprentice of FLW. The architecture was reminiscent of a FLW structure and the food, ambience and the company were great. Next time I make it to the Dells I plan to stay longer and visit some of the FLW structures around.

On a closing note, the loss of Lake Delton in the Wisconsin Dells has had a tremendous impact on the area and many usual travelers who would normally visit the Lake are canceling their trips. If you have ever wanted to visit, this is a great year to do it – with fewer people visiting, the lines are short and good deals can probably be found at many places. Ciao!