There is one thing I enjoy almost as much as shooting photos and that is training, consulting and mentoring people to be photographers. For the past 5 years I have taken a spring road trip to travel the East coast of the US and visit friends who have photo studios and do training sessions along the way.   This year I am on the road for 18 days.

This year’s adventure started Thursday when I drove almost 500 miles to Dodge City, Kansas.  I had never been there but I had been hired to consult with the Dodge City Museum to work on their photography.  They were interested in maximizing their customer’s experience and improving their images, thus boosting the studio’s potential.  I had a great time and a huge thanks goes out to Lara and her crew for their hospitality.

The night I arrived in Dodge City I also was able to attend and photograph the dress rehearsal for the museum’s evening show which is an hour and fifteen-minute show set in the Long Branch Saloon circa 1890.  When the waitresses/can can dancers ordered a sarsaparilla (root beer) the bar tenders/singer-dancers would holler “SARSAPARILLA”, open the bottle and slide it down the bar to the waiting hands of the waitresses.  Good fun. 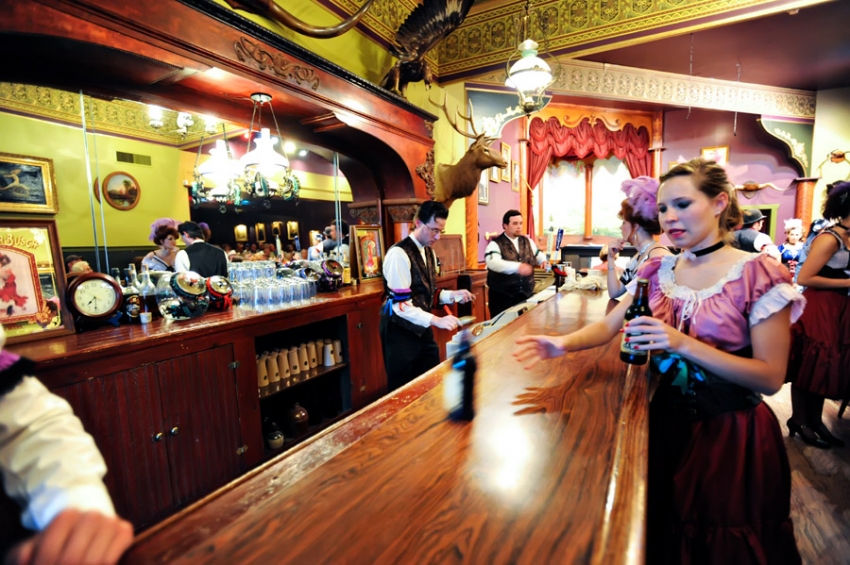 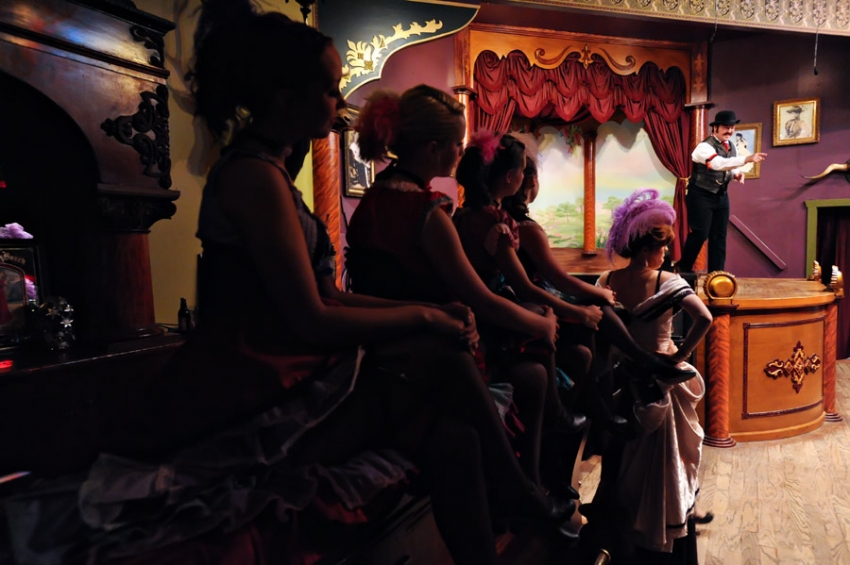 Yesterday I drove to visit a friend and fellow photographer who has a studio in St. Charles, MO right outside St. Louis.  St. Charles was the original capital of Missouri the old capital building still stands.  It is surrounded by buildings of the same era and the area has been tuned into a historical area.  Oh yea, Lewis and Clark started their journey here.  Since our parents keep track of us by checking our blog, I thought I would post a pic of myself in St Charles. 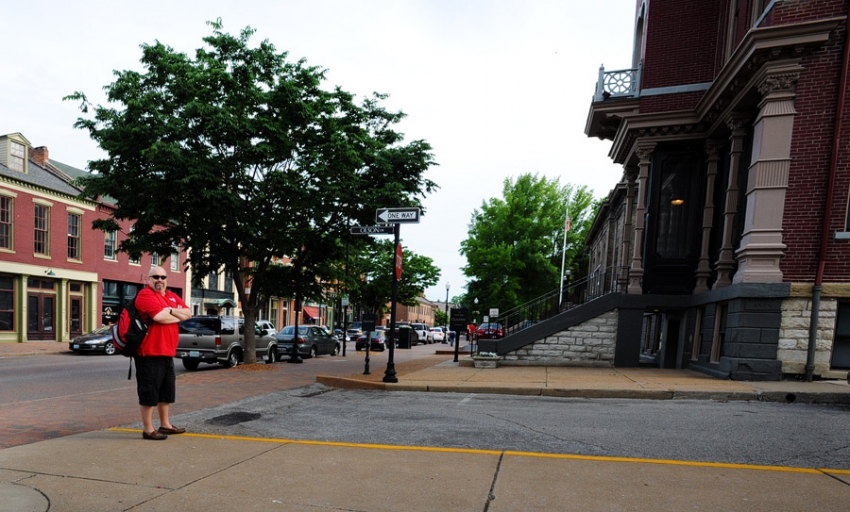 Nick and I had dinner at the Mother In Law Restaurant, a quaint restaurant located in a house built in 1866. The owner of the restaurant also owns the building where Nick’s studio is located so we were able to get some special treats, including fresh blueberry muffins – yum!  Nick is in the process of updating his studio which is in a 1890s era building and he is learning the difficulty of hanging lights from a solid brick wall.  Good job Nick!

Since I was in the neighborhood I stopped to visit a studio in Nashville, IN (yes, Indiana not Tennessee) that I did training for about 10 years ago.  The owner, Tammy, was at the Indianapolis 500 race but her daughter was there so we spent some time fine-tuning their software use.  Tonight I will be staying in Ohio with a friend I have known for 20 years.  His wife celebrated a milestone birthday this week so they are having a big steak cookout with the kids.  Next stop – New Jersey!