We had so much fun at the NBC5i/Telemundo sponsored event, the New You Expo at the Ft. Worth Convention Center this weekend. They hired us to do green screen photos for attendees on both Saturday and Sunday and we loved the results. We had 4 backgrounds for people to choose from, 2 from NBC and 2 from Telemundo. Both channels gave us a News set and a Weather set for backgrounds and the NBC weather map was definitely the most popular choice. The Telemundo weather forecast was a close second because Vanessa with Telemundo decided to put a spin on their background and she gave us a 5 day forecast which had a tornado predicted for Lun (Monday)! People loved to put on the shocked and scared face for that one. 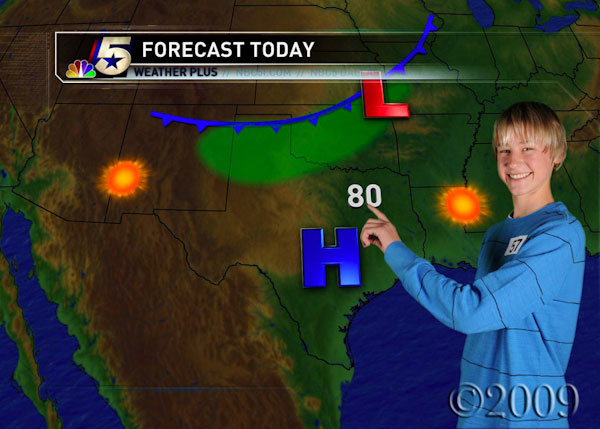 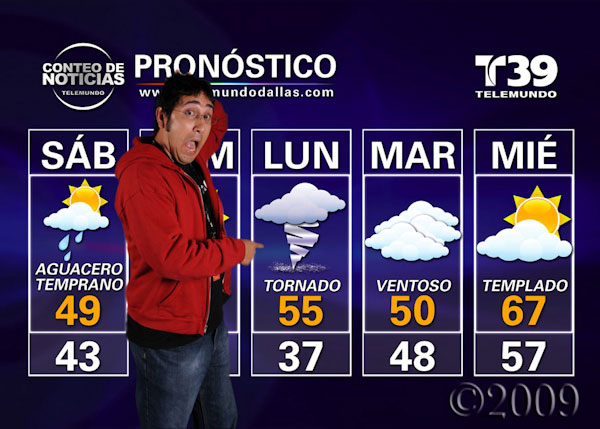 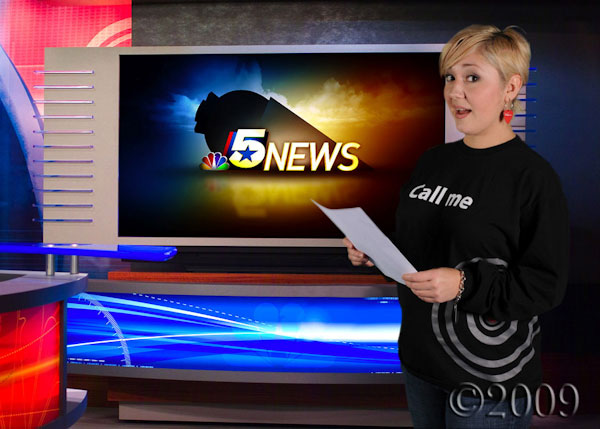 On Saturday we had a few of the on-air personalities from NBC 5 and Telemundo 39 stop by – we photographed Deborah Ferguson who anchors NBC 5 Today weekday mornings from 5 to 7, 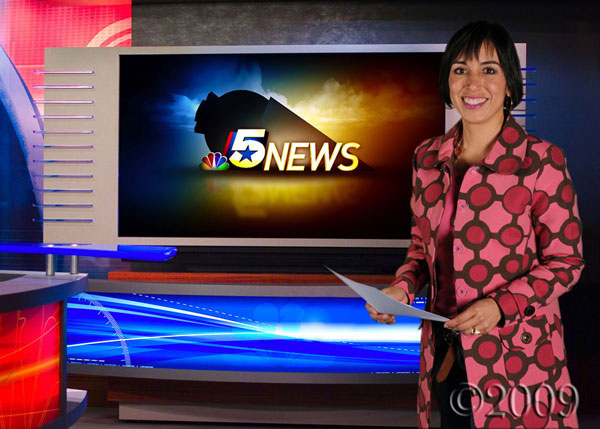 Samantha Davies who joined the NBC 5 team in February of 2009 and can be seen mornings starting at 6 a.m doing weather reports, 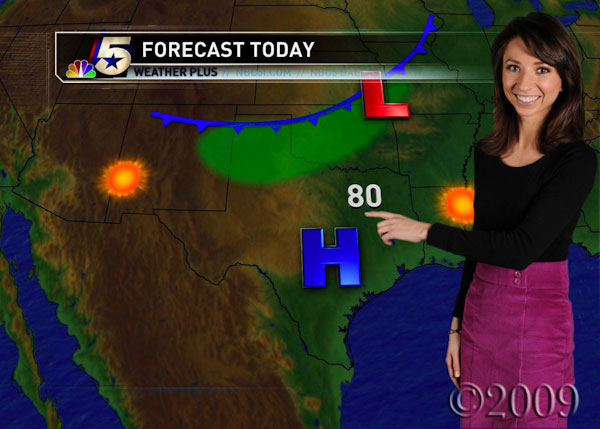 and Nancy Leal of Telemundo 39 who hosts the morning show and is a reporter for the evening news. 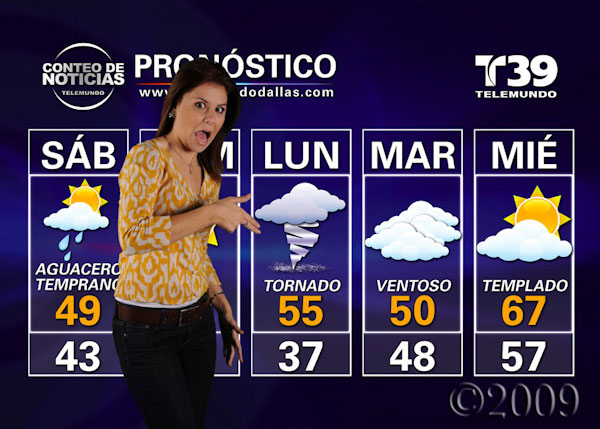 Another notable person we photographed was Ronald McDonald, who stood in as a weather man. The bit of irony there is that Williard Scott, who is known for being NBC Today Show Weather Man, was the first Ronald McDonald. 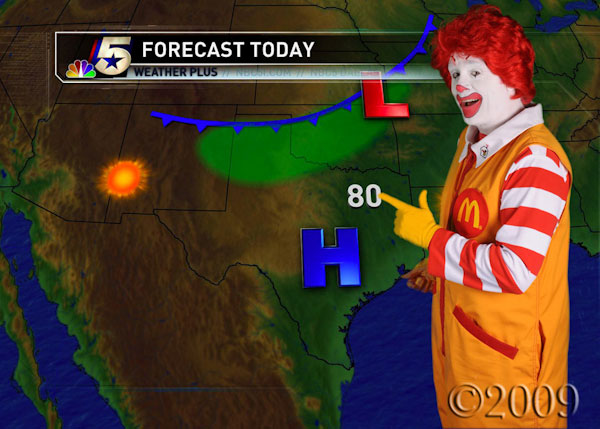 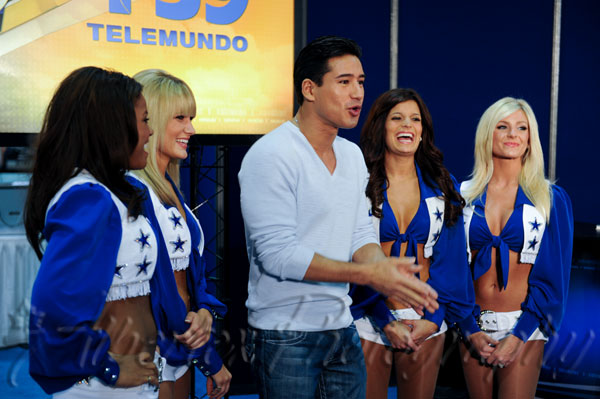 Sunday started out early for us with Kelley & Tory’s enagement shoot in Fort Worth (check back later in the week for some of their e-pics), then we were back at the Fort Worth convention center where we got to photograph Penélope Menchaca who hosts the Telemundo show 12 Corazones (12 Hearts) – a dating game that combines astrology with games. 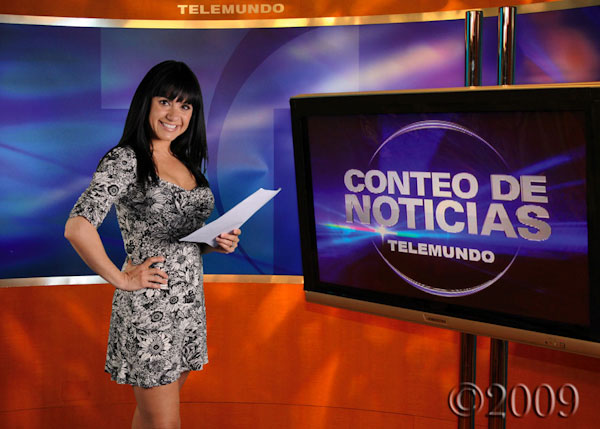 She was very gracious and spent a ton of time in our set letting fans have their photos taken with her. A huge thanks goes out to Carisma, Naomi and the crew at NBC5i/Telemundo who made the New You Expo a great event!